Yeah you read that right. I just received an interesting email from Brightcove (the video delivery guys) about issues with their Flash based solution and Windows 8 running the new Internet Explorer 10. To quote:

My initial reaction was “surely not???” and a quick search of the web indicates that there is a great deal of confusion as to what the IE10 behavior will actually be. However the Brightcove email provides an link to a handy Microsoft support article which clears things up.

Buried in the support article is the following reasoning for the difference in behavior between the Desktop and Windows UI IE version’s Flash support:

Which seems fair enough but kinda underscores the point that having the Windows UI on the desktop version of Windows 8 (and making it the default) doesn’t really make sense when you consider what the user will be doing when they sit down at a PC to work.

It will be interesting to see if Windows 8 lands with a splash or a thud on October 26. I suspect it might be a thud and a whimper. Certainly it looks like Flash and the web are going to be in for a rough ride. 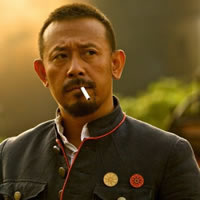